HBCU Homecomings have been a staple, celebrated by celebs, alums and members of the Black community for decades. However, could outsiders from surrounding areas choosing to attend these celebrations be putting people in danger?

In this TSR Investigates exclusive, a Clark Atlanta freshman, Damarion Seaton is speaking out about his experience following a shooting at a recent homecoming event and sharing the details surrounding the moments before he was shot.

Similar events occurred just days prior at a concert at Morehouse College where G Herbo was the headliner and that very same day at Livingstone College in Salisbury, North Carolina during an Asian Doll performance.

TSR also spoke to campus officials and Atlanta Police to see what they plan on doing to make safer events for students, who say they fear for their wellbeing now when going to homecoming events.

Will HBCU’s be able to solve these problems by beefing up security? Or will they have to close their events to outsiders entirely? The Shade Room investigates…

Seaton, the Clark Atlanta freshman, said it was a late night vibe, with food, music, dancing outside the Woodruff Library at the Atlanta university center.

“We were all hanging out and they get to shooting, shooting right in the middle of where we was at and I got shot, I got grazed,” Seaton told TSR Investigates’ Justin Carter. “I guess in my case I’m just used to it – where I come from (Chicago)” – one of the most dangerous and deadly cities in the country.

Seaton was among three students shot that night. A female victim refused medical attention at the scene.

Three Students Shot At Clark Atlanta Homecoming: “You’d Think You Would Be Safe On Campus”

The Chicago native chose to attend college in Atlanta for a fresh start.

“You would think you’d be safe on campus,” Seaton went on to say. “But at the same time, it’s also not shocking.”

Clark University Chief of Police Debra Williams said the department has since increased officer patrols and added the incident remains under investigation.

Meanwhile, just one day prior at a Morehouse College, the scene at homecoming was no different. As students danced and sang along with G Herbo manning emcee duties, one student was shot during the concert.

Video shows the rapper performing as a gunshot can clearly be heard in the background.

Ajah Crittenden, who recorded the viral clip, was in the front row for that show, and spoke exclusively with TSR Investigates’ Justin Carter.

“I was recording him and you just hear loud pops,” she said. “Nobody knew what it was at first, Herb was just standing there too. He didn’t even know what it was.”

She said she panicked a little bit, but “knew I had to stay strong because my friend was panicking too.”

No Metal Detectors Used At Morehouse Homecoming, With Students Even Forcing Their Way In Past Security

No one was checked at the door prior to the concert at Morehouse, because the concert was already running late. It was the first homecoming event at the school since 2019, having closed down festivities in 2020 and 2021 due to the Coronavirus pandemic.

In fact, students actually forced the doors open before officials could get them through metal detectors.

“We didn’t know where it was coming from and there wasn’t a lot of exits,” Crittenden added.

When asked if she feels safe on campus, she replied she does, “there is only so much the (security) guards can do,” but noted that something needs to be done to prevent incidents like this from happening in the future.

“It is an open campus, and there is more of us than there are of them (security guards). They should have prepared better and had more guards out here,” she said. 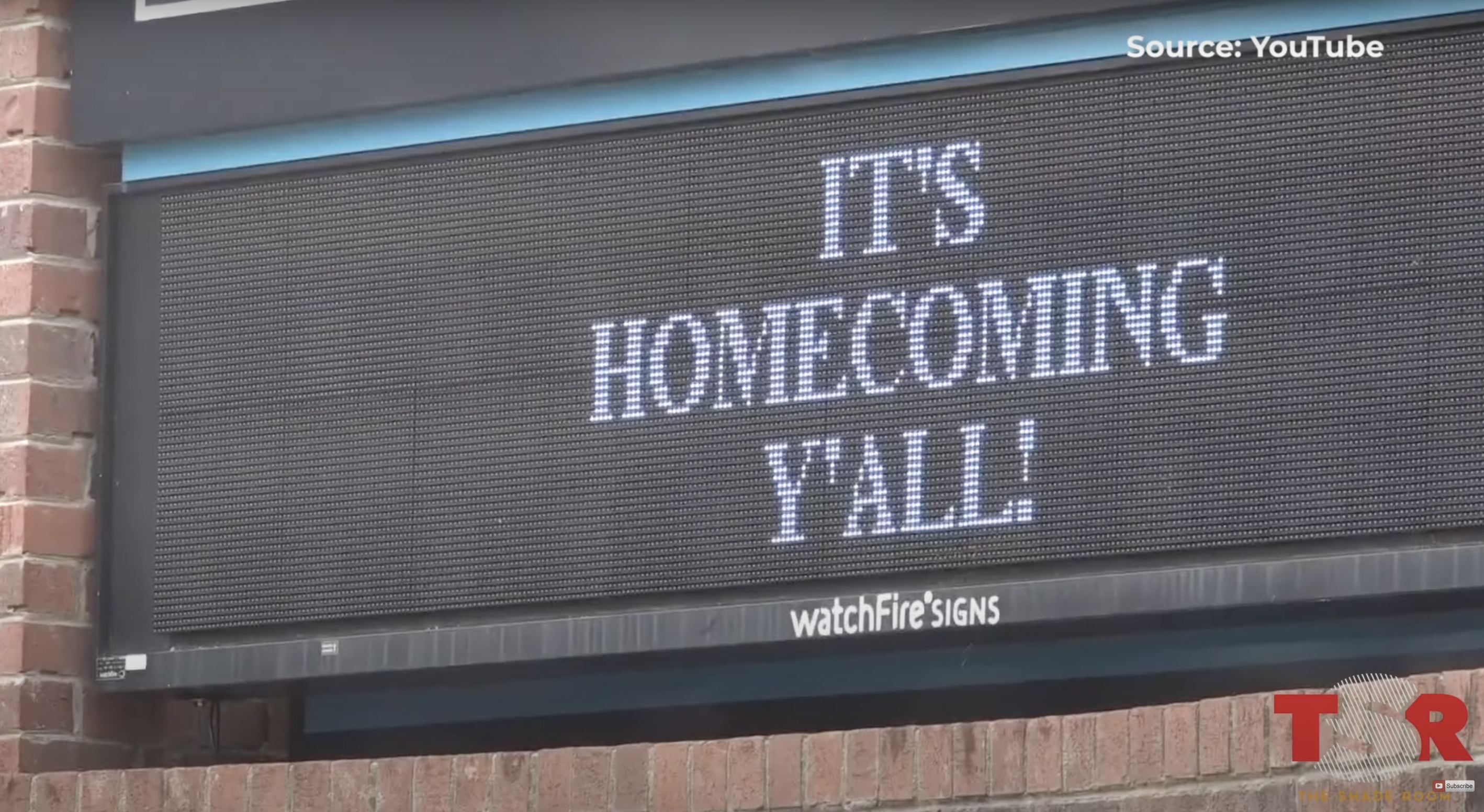 And add more security guards is exactly what Livingstone College in Salisbury, North Carolina, did after a similar homecoming shooting at their campus.

As an Asian Doll performed in front of a raucous crowd of students, a fight reportedly broke out in the audience, with the sound of gunshots caught on video as in the Morehouse incident.

Janiya White, who was at that event, injured her foot amidst the chaos.

“Seeing people on the ground and being pulled away on stretchers. It just made me break down and cry,” White told a local NBC affiliate.

Police say 21-year-old Talib Kelly was shot during the Livingstone College incident, however he was also named as a suspect as well.

Kelly, who was not a student at the school, has since been charged with attempted first-degree murder, discharging a firearm on educational property, and possession of a firearm by a felon. Police are also looking into a second possible suspect in the case.

Livingstone College President Says School Can’t Close Doors To Community, But Changes Will Be Made After Homecoming Shooting

When asked how a non-student could attend the college’s homecoming celebration, Livingstone College President Dr. Anthony Davis told TSR Investigates that “we open our doors to everyone.”

Dr. Davis said it would be a “knee-jerk reaction” to close the campus off from the community, noting the underlying issues of the town-and-gown variety.

“We open our doors to everyone,” Dr. Davis said. “And I think it’s irresponsible on our part to say ‘hey, let’s close our campus to the community,’ that wouldn’t be good. It’s that knee-jerk reaction.”

However, changes will be made, Davis said, with metal detectors and a clear-bag policy that they already had in place for football games.

Both Spellman and Morehouse colleges held their homecoming events over the weekend without incident, with the Chief of Police at Spellman saying they did employ extra officers in anticipation of any potential shootings.

There are several major HBCU homecomings coming up this weekend, with Texas A&M, Florida A&M University, Delaware State, North Carolina A&T. All of them said they have implemented clear bag policies and will be beefing up patrols at their respective events.