Actress Amber Heard is certainly no stranger to the spotlight. While she got her start in Hollywood with small roles on shows like The OCand made her film debut in Friday Night Lights, Her high-profile relationships have been in the headlines just as much as her career triumphs, including her marriage and subsequent defamation trial from her ex-husband Johnny Depp. The Zombieland and Pineapple Express actress came out as bisexual in 2010, and has been linked to stars like Cara Delevingne, Elon Musk and more. Read on for her full dating history. 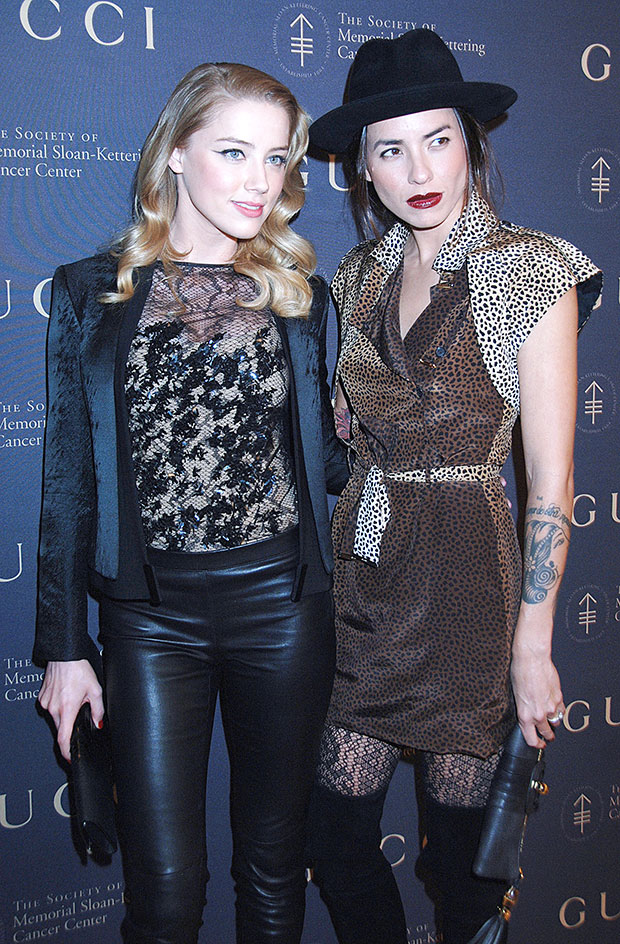 Amber’s first high-profile relationship was with painter and photographer Tasya Van Ree. Thew pair dated from 2008 to 2012, and while they were together, Amber came out as bisexual. At GLAAD’s 25th anniversary event in 2010, she said, “I don’t label myself one way or another—I have had successful relationships with men and now a woman. I love who I love; It’s the person that matters.” When asked why she decided to officially come out, Amber said she wanted to use her platform and fame to be a good role model. “I think when I became aware of my role in the media, I had to ask myself an important question ‘Am I part of the problem?’ And I think that when millions and millions of hard-working, taxpaying Americans are denied their rights and denied their equality, you have to ask yourself what are the factors that are an epidemic problem and that’s what this is.” Taysa, who gained notoriety for taking black and white photos of celebrities, eventually called it quits with Amber, but not before getting her name tattooed on her body! 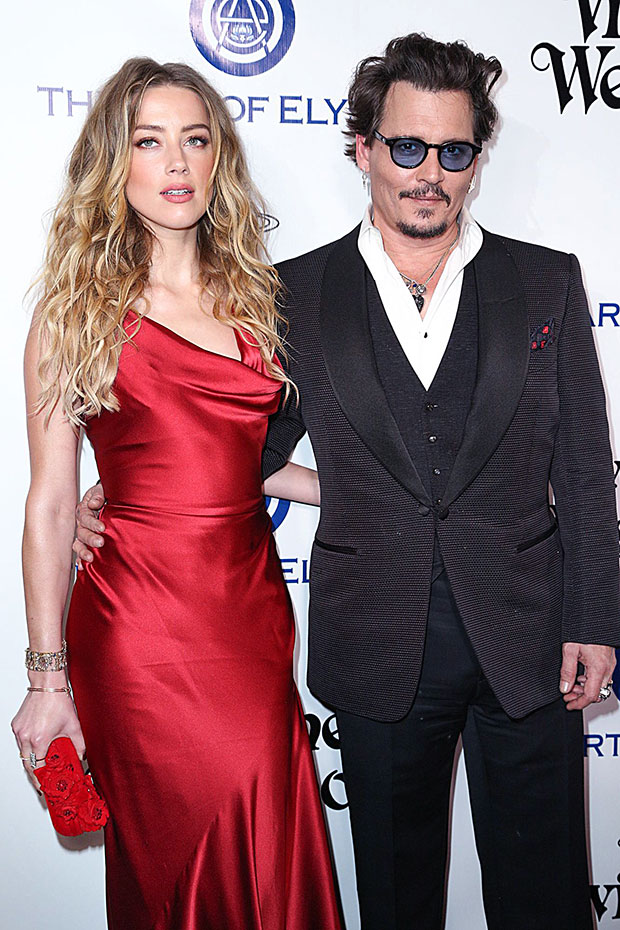 Amber and Johnny Depp first met on the set of the 2011 movie The Rum Diary and were later married in 2015. The Justice League Actress filed for divorce two years later, but that was just the beginning of what would become a years-long legal saga. Amber obtained a temporary restraining order against her ex in 2016, alleging he had been physically and verbally abusive during their relationship. After their divorce was finalized, they issued a joint statement saying, their “relationship was intensely passionate and at times volatile, but always bound by love. Neither party has made false accusations for financial gain. There was never any intent of physical or emotional harm.” In 2019, the actor sued Amber for defamation after she wrote an op-ed in The Washington Post about leaving an abusive relationship. The case will go to trial in 2022.

In 2020, the pair headed to court yet again as Johnny sued The Sun and its parent company for libel, after they published a story in 2018 that called him a “wife beater.” Amber took the stand, and claimed that her ex would often accuse her of cheating on him with her co-stars. “He accused me of having affairs with each of my co-stars, movie after movie: Eddie Redmayne, James Franco, Jim Sturgess, Kevin Costner, Liam Hemsworth, Billy Bob Thornton, Channing Tatum; even women co-stars like Kelli Garner,” the Aquaman star revealed.

After the 2020 UK trial, Johnny sued Amber for $50 million for defamation, saying her op-ed had damaged his reputation and cost him movie deals. Amber counter-sued him for $100 million. The pair went to court for a 6-week trial, where their relationship was held under a microscope, which included both citing instances where the other had acted abusively towards them. The jury found that Amber had defamed Johnny and ordered her to pay him over $10 million in damages. It was also found that statements made by his lawyer Adam Waldman had defamed her, and she was awarded $2 million.

After the trial, Amber released a statement, saying she was “heartbroken” over the verdict, and she revealed that she plans to appeal. “The disappointment I feel today is beyond words. I’m heartbroken that the mountain of evidence still was not enough to stand up to the disproportionate power, influence, and sway of my ex-husband,” she said. 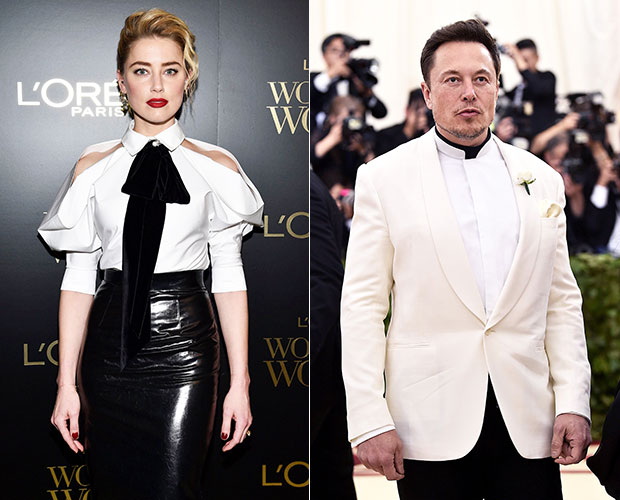 Amber started dating tech billionaire Elon Musk in 2017, and the pair were on and off for almost a year. They spent a lot of time together while Amber was shooting a movie in Australia, amid her messy divorce. In a 2020 court case involving Johnny Depp, text messages sent on May 22, 2016, between Amber and Elon were read out. The message came one day after an alleged domestic violence dispute involving Johnny, and Amber told Elon she wanted a restraining order against her ex-husband. In the texts, Elon offered her “24/7 security,” adding, “The offer would stand, even if you never wanted to see me again… anyway, sorry for being an idiot. The radio silence hurts a lot. It only matters because I really like you.”

During the defamation trial, more was revealed about Elon and Amber’s relationship. She seemed immediately taken by the billionaire, when they met at a red carpet event that Johnny allegedly stood her up at. “He’d reminded me we’d met once before. We spoke on the red carpet in the waiting line. He seemed like a real gentleman,” she said during her testimony. While there may have been some feelings with Elon right off the bat, texts with Amber’s former agent revealed that she also felt that they’re relationship was “just filling space.” 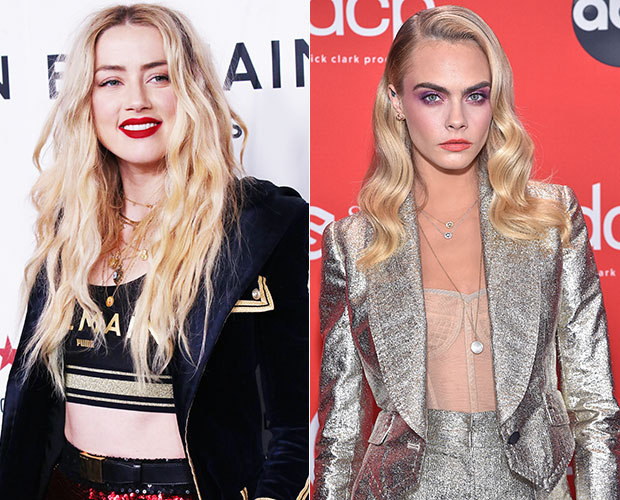 Amber was linked to British model Cara Delevingne in 2016, amid her messy split from Johnny. It was first reported in September by The Sun on Sunday that the pair were getting close while Amber was in London shooting a movie. “They have been seen at the hotel loads and are always very giggly and thick as thieves, out until the early hours,” a source told the outlet. In October they were spotted grabbing a coffee, and were photographed in December leaving Rihanna‘s party together. Interest, the pair never confirmed their rumored romance. 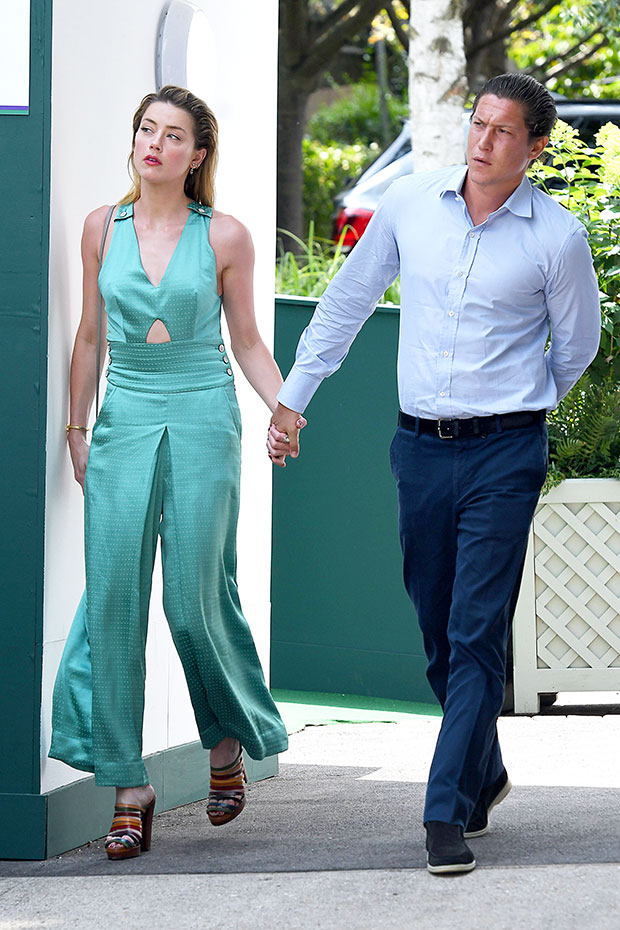 The Aquaman actress started dating art dealer Vito Schnabel in May 2018. The pair were spotted out and about in New York City the following month, and looked very loved up, however they called it off after less than a year of dating. The split was “because of a long distance,” a source told Us Weekly at the time. Vito was previously linked to German supermodel Heidi Klumwho he dated for three years. 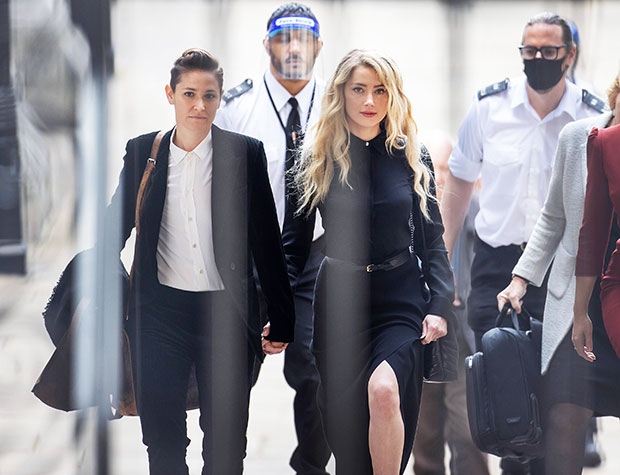 Amber first sparked romance rumors with her current girlfriend Bianca Butti in January 2020. They were seen making out outside a hotel in Palm Springs, California, and were later spotted attending the 2020 Women’s March in Los Angeles. The pair held hands and smiled as they walked around the empowering event. The actress and the cinematographer are seemingly still going strong, as they jetted off on a romance Valentine’s Day vacay in February 2021, and were spotted returning to Los Angeles airport together.