More men are getting plastic surgery (down there) than ever before, and Brazilian butt lifts are becoming a thing of the past! The CEO of the leading med spa for celebrities in South Florida dishes on the latest surgery trends with The Shade Room.

Angela Koganwho runs the Perfection Plastic Surgery And Medical Spa in Miami, has an extensive clientele of celebrities, including FloRida, 50 Cent, Odell Beckham, and more, that remain confidential.

The surgery center owner made the startling revelations about recent trends in plastic surgery in an exclusive interview on Wednesday and did not shy away when it comes to the dirty details in getting body work done.

“At the moment, we are seeing a major shift in men getting plastic surgery,” she said. “Men have really stepped up and are getting way more surgery than we think.” 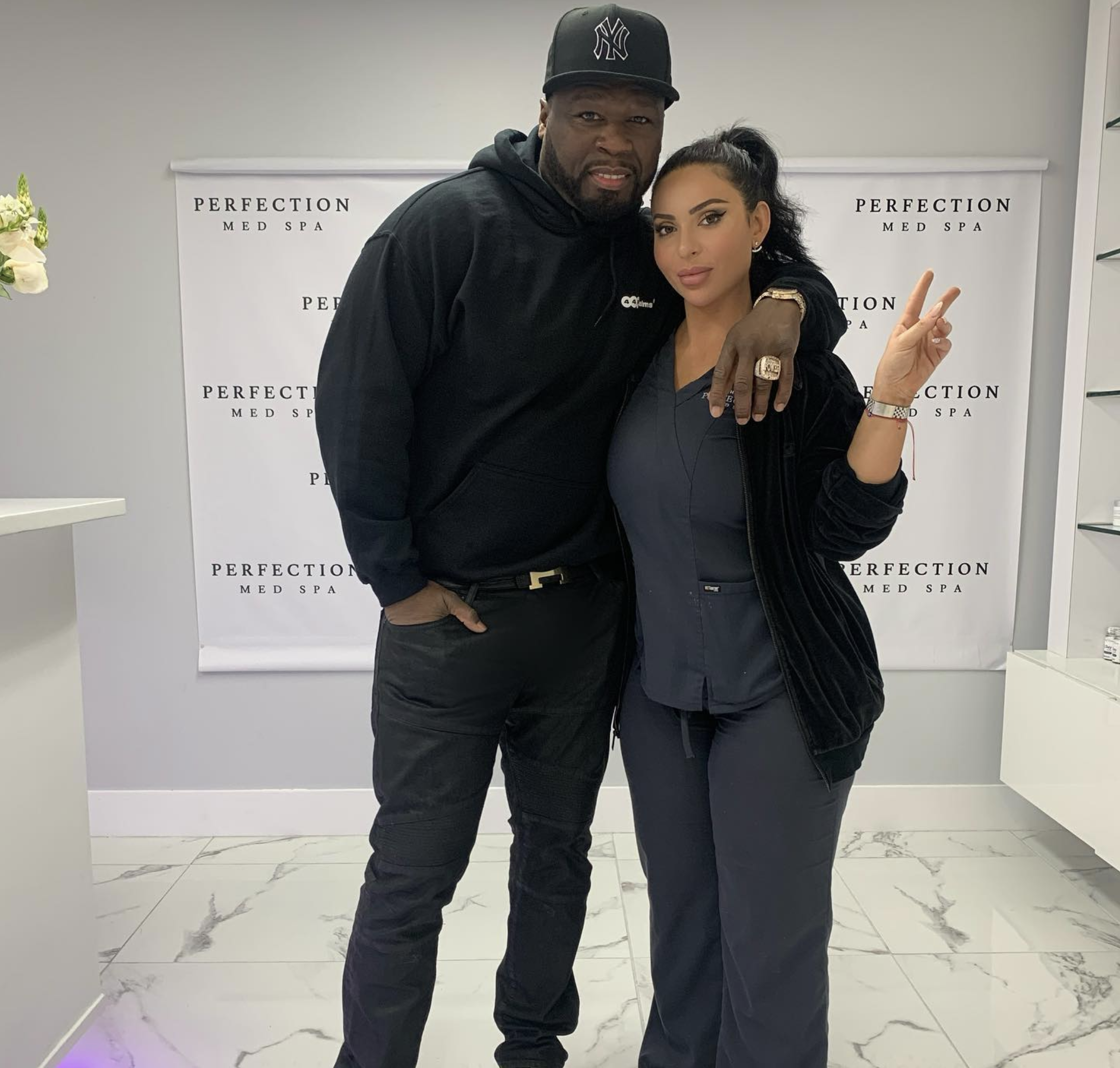 A 2019 report From the American Society of Plastic Surgeons revealed that more than 1.3 million cosmetic procedures were performed on men in 2018 alone, representing a 29 percent increase since 2000.

The report calls the trend the “daddy-do-over,” as many men are seeking to have work done after starting families in their 30s.

Kogan says that trend has only grown in the years since, with the numbers balancing out to about 50 percent male and 50 percent female patients.

The Miami-based plastic surgery center boss went on to say that most of the men stepping foot in her practice are seeking penis enlargements, a procedure done with either fillers or surgery.

“You’d be surprised, we do that A LOT,” she said. “And a lot of abdominal re-sectioning.”

Kogan’s practice, which just celebrated its tenth year in business in May, also has an active social media presence, with nearly 20k followers on Instagramwhere the results of her work are put on display.

Brazilian Butt Lifts Becoming A Thing Of The Past, As Women Seek More Natural Look

After the BBL boom following the explosion in popularity of the Kardashians, Kogan says the trend in plastic surgery has veered towards a more natural look instead of the exaggerated physical features that had been popularized in the past.

However, there is still no shortage of women seeking Brazilian butt lift surgery, although its heyday may have past as of 2022. 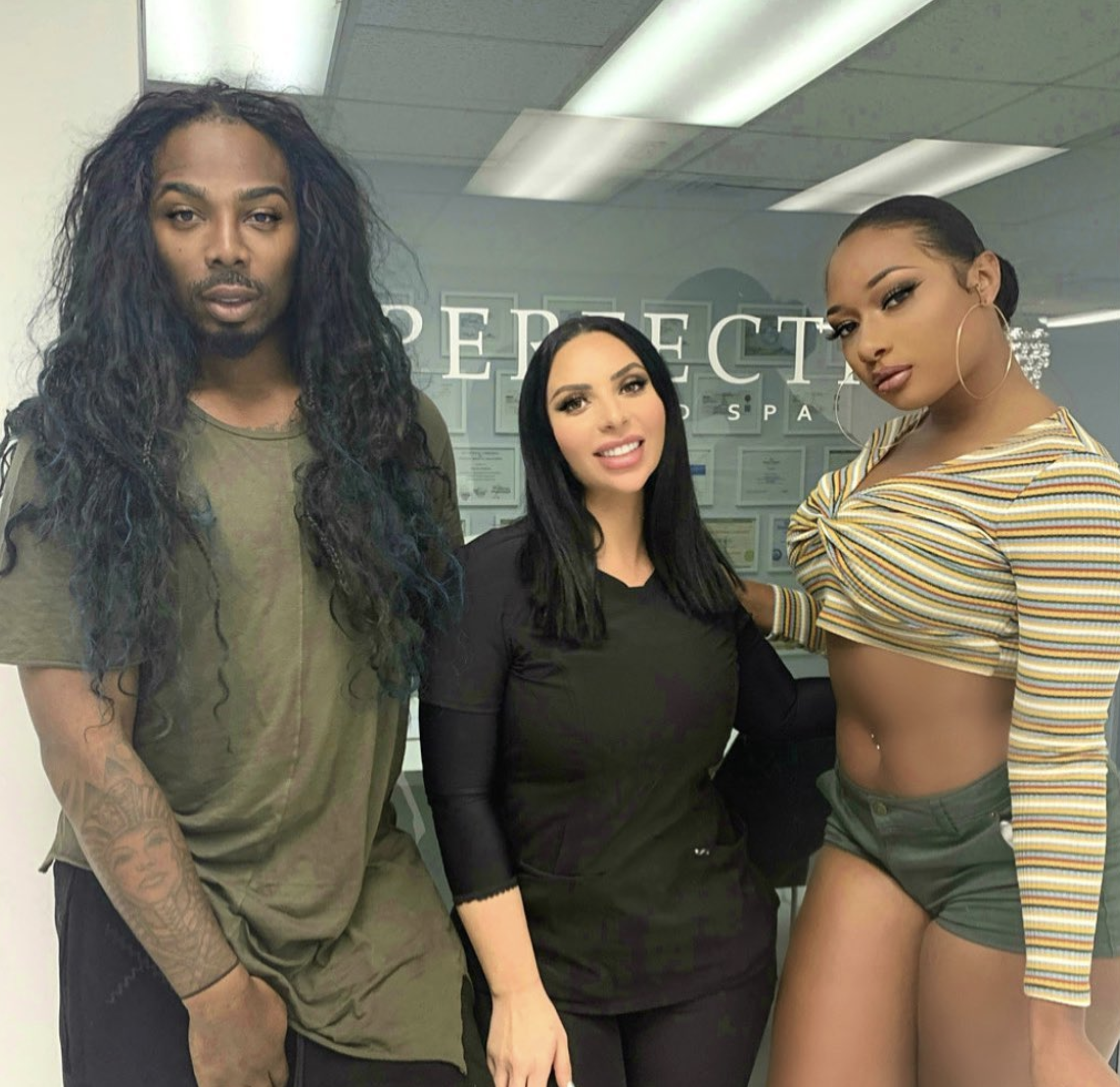 In 2020, plastic surgeons performed 40,000 butt augmentation procedures that brought in $140 million worth of revenue, according to the American Society for Aesthetic Plastic Surgery.

The number of butt augmentation surgeries — also called Brazilian butt lifts or “BBLs” — increased by 90.3 percent between 2015 to 2019.

And trends in the field have gone hand-in-hand with changes in attitudes towards plastic surgery, Dr. Kogan says. What was once a taboo subject and a source of shame, people going under the knife are prouder and more open than ever about discussing their body work.

Advancements in plastic surgery have certainly helped, as a good surgeon like Kogan can produce body work that “people would never know you had surgery on,” she added.

Dr. Kogan did warn of “chop-chop shops” – or plastic surgery outfits, usually abroad like in the Dominican Republic, where complex and dangerous procedures are done on the cheap, oftentimes with subpar or even deadly results.

In June of this year, a NYC Department of Corrections captain died after undergoing plastic surgery at a Dominican clinic run by a doctor who once pleaded guilty to operating without a medical license, according to the New York Daily News.

Kogan Warns Of Dangerous “Chop-Chop Shops” In US And Abroad

49-year-old Tandra Bowser-Williams, who worked at Rikers Island, reportedly suffered a massive stroke just days after her procedure in Santo Domingo from a fake doctor. Dr. Hector Cabral performed the fat transfer surgery on May 13, but he’s not credentialed, the outlet reports.

In April, an Indiana mother died after getting cosmetic surgery in the Dominican Republic, per WRTV.

And in 2019, 28-year-old Manuel Jose Nunez died after a liposuction procedure inside of the Caribbean Plastic Surgery Clinic in Santo Domingo.

The deaths are amongst dozens of others who traveled abroad for plastic surgery, usually due to the cheap and affordable prices those clinic offer.

The Guardian reports that the average cost of liposuction in the US is $5,500, compared to $3,500 in the Dominican Republic.

Dr. Kogan implored anyone considering having work done to pay the extra costs not only for better results, but also for their safety,

“We are pretty pricey,” she admitted. “I am more of a boutique style, not a “chop-chop shop.” Pricey comes with results and real customer service, we basically baby our patients even six months after surgery.”

She added although her practice does not accept insurance, they do offer payment plans and always look to work with potential patients.

Deaths due to botched plastic surgeries, named Brazilian butt lifts, prompted the Florida Board of Medicine to impose a new rule for surgeons in the state, where South Florida is considered to be the BBL capital.

After 19 patients in that state alone died due to complications following procedures, plastic surgeons may only perform three Brazilian butt lift surgeries per day, so as to not overwork doctors who may then make mistakes while patients are under the knife, according to NBC Miami.

“There has been such a rise in deaths, BBLs are more complicated than a tummy tuck, if surgeon is over-exhausted, or maybe right out of (medical) school, there is room for mistakes,” Kogan said.

Those interested in a consult with Dr. Kogan, the “first and only plastic surgery in Sunny Isles,” can do so by filling out a form here.